Green Tea has many health benefits. It comes from the Camellia Sinensis plant that is similar to the black tea plant. The process of making green tea is much gentler and it is oxidized for a shorter time. According to some studies, green tea improves various body functions such as brain function and brain aging. Besides, it also reduces heart disease risk, cancer, and type 2 diabetes. However, like all other tea, green tea also contains caffeine. This information will be helpful to aware people for the intake of caffeine. In this article, you will go through all the information related to Green Tea and does green tea have Caffeine?

After water, tea is the most consumed refreshment in the world. However, 78 percent of the people consume black tea and only about 20 percent consume green tea worldwide. Green tea is made from unoxidized leaves that’s why it contains the most antioxidants and beneficial polyphenols. Green tea is green, yellow, or light brown in color. Besides, its flavors are grass-like, sweet, and seaweed-like typically based on its process (pan-fried and steamed).

Green tea has been used in various countries for centuries for medical practices. However green tea contains amino acids L-theanine and caffeine which helps in improving brain function. We all know it is one of the most famous beverages but you should know does green tea have caffeine and how it affects you?

Does Green tea actually have caffeine?

Caffeine is a naturally occurring stimulant found in the leaves, beans, and fruits of more than 60 plants. It’s a central nervous system stimulant consumed all over the world to boost alertness, energy level, and fight fatigue.

A simple answer to the question Does Green Tea Have Caffeine is yes. Although it’s a myth that green tea is caffeine-free. But green tea has caffeine. When we have a cup of pure green tea, it contains 25 milligrams of caffeine. Generally, it is considered as a low amount of caffeine. It’s about ¼ the cup of tea.

Considering it more deeply, the amount of caffeine varies from the type of green tea.  It will vary from 12 mg to 75 mg of caffeine.

Caffeine is a stimulant that if consumed in the recommended amount then it is considered very safe. For adults 19 years and above, the safe limit is around 400 mg per day. However, to prevent from negative effects of caffeine, it is recommended to limit the amount of caffeine you consume. If you are consuming large amounts of caffeine each day it may lead to restlessness, irritation, disturbed sleep cycles, and abnormal heart rhythms.

Comparing it to other beverages, green tea has low caffeine. If you are consuming caffeine within the limit, then the caffeine in green tea shouldn’t be anything to worry about. Let’s consider its effects: –

Is there more caffeine in Green Tea than coffee?

Coffee has more caffeine than Green Tea. Although they both are energy boosters. Some amount of Coffee consumption is considered good for reducing the risk of type 2 diabetes and liver cancer. Green tea contains polyphenols, flavonoids, and antioxidants which help in minimizing inflammation. Moreover, it may reduce plaque inside your arteries. For flavonoid benefits, it is more effective than supplementation.

How much caffeine is safe to consume each day?

It is difficult to determine the fixed amount of caffeine which is safe to consume because people have different sensitivities or reactions to caffeine based on age, medical history, and tolerance. For healthy adults having no medical issues, 300 mg – 400 mg of caffeine can be consumed daily.

On the other hand, on the basis of average human body weight research concluded that 6mg/kg (of weight) is appropriate. However, Children of age 3-18 can consume 3 mg/kg of body weight.

All the above data is based on research but you can get symptoms of consuming high caffeine as effects and amount of consuming caffeine varies from body to body.

As we discussed above, it is considered one of the healthiest beverages worldwide. Here is a list of some potential health benefits of green tea: –

Are there any side effects of drinking Green tea?

Green tea is beneficial for health. However, it is a regular part of thousands of people’s lives. It is helpful in weight loss and cardiovascular disease. But as we all know excessive use of anything can be harmful. Therefore, excessive use of green tea can also affect your health. If you have any health issues, you should consult your doctor before consuming green tea.

Best Morning Exercise Routine That You Can Exercise 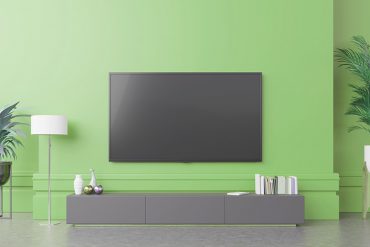 How To Choose A Good Smart TV: Tips That Will Guide You

Start typing to see results or hit ESC to close
See all results
Go to Appearance > Customize > Subscribe Pop-up to set this up.
Login with ajax is not installed (or active). To use this feature, please install it. Alternatively remove this icon from this location in Zeen > Theme Options.